I spent 4 days in a midsize city that's been called the best place for millennials to live in the US, and I found a major downside of living there


I recently took a trip to Boise, Idaho, for Business Insider.

My mission was to figure out why this midsize Western city of 229,000 people was having such a moment. In 2019, Boise was named the best place for millennials to live in the US by Livability and the best place in the country to buy a home by WalletHub, and people are practically tripping over themselves to move there. Boise saw an 18.2% population jump from 2010 to 2018 — and it was the fastest-growing city in the country between 2017 and 2018, according to Forbes. 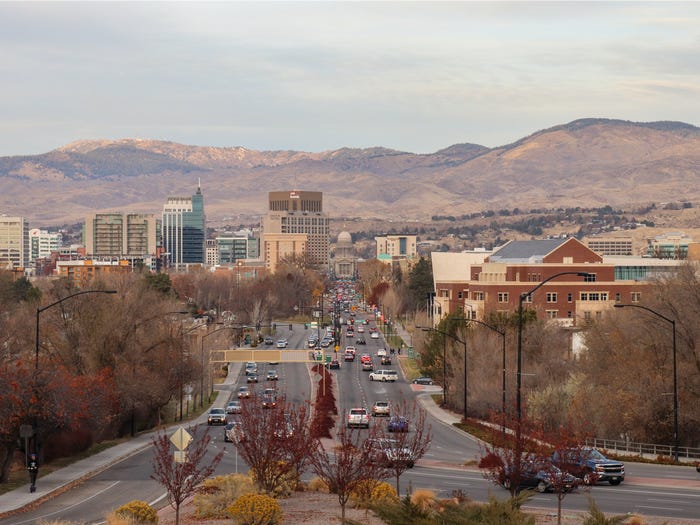 Millennials are attracted to Boise for its quality of leave and relatively low cost of living — but its public transport is limited at best. Katie Warren/Business Insider
What I found in Boise was a city with a dynamic downtown, a flourishing coffee scene, and a friendly, laid-back vibe. For millennials coming from large, expensive cities, Boise offers a better quality of life and dramatically lower living costs. Boise and other mid-size cities like Portland, Oregon, and Charlotte, North Carolina, are booming as millennials move away from bigger cities like San Francisco and New York because of skyrocketing housing costs, as Business Insider's Hillary Hoffower recently reported.

Boise's safety, affordability, and burgeoning tech and creative scenes make it attractive to young families and individuals, according to Livability.

But for all its appeal, Boise has one major drawback that might make some big-city dwellers think twice about moving there: Its public transportation is severely lacking.

Boise's buses come just once every 30 minutes, stop running after 7 p.m., and there's no light rail or metro system
The Boise metro area has 25 bus routes but most buses come just every 30 minutes, at best, and stop running after about 7 p.m. Boise once had a passenger railway that connected it to nearby cities such as Caldwell, Nampa, and Meridian, but it hasn't been in service since 1928. Downtown, I spotted several e-scooters from companies like Bird and Lime, but unless you live and work downtown, you're probably not using those to commute to work.

During my stay in Boise, I stayed at a riverfront hotel northwest of downtown. To get downtown from my hotel, it was a 34-minute walk along the river — or a 32-minute bus ride. If I took the bus, I'd only save two minutes of travel time, I'd still have to walk more than 20 minutes to and from the stops, and I'd have to make sure to get to the stop at the exact right time or risk having to wait half an hour for the next bus. 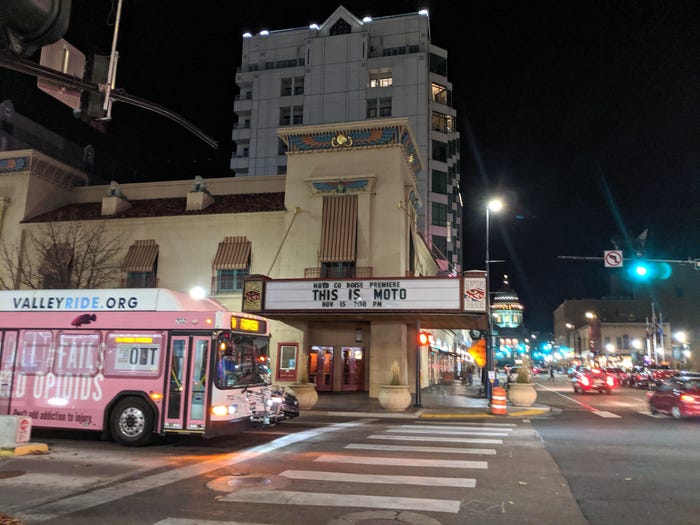 Boise's buses come only every 30 minutes and stop running after about 7 p.m. Katie Warren/Business Insider
Improving public transit was a major issue in the city's recent mayoral election. Former longtime mayor Dave Bieter pushed for funding for a light rail system in Boise, and improving the existing bus system and exploring the potential for rail transport in the area was central to newly elected mayor Lauren McLean's campaign.

But Idaho is one of only two states that doesn't offer state funding for public transportation, according to former mayor Bieter, making getting funding for expansion and improvements difficult.

Millennials accustomed to extensive public transport systems are moving away from big cities — but they don't like driving
Surveys have shown that public transportation is a major factor when millennials are deciding where to live, and they don't enjoy driving as much as their baby boomer parents do.

As a city-dwelling millennial myself, I'm thrilled that I have no need to drive in New York City thanks to the comprehensive subway and bus system that runs 24 hours a day. So while Boise may seem like an ideal place to relocate for millennials fed up with stressful and expensive big city life, they may find themselves missing San Francisco's extensive network of light rail trains, buses, and streetcars, or Seattle's efficient bus system. 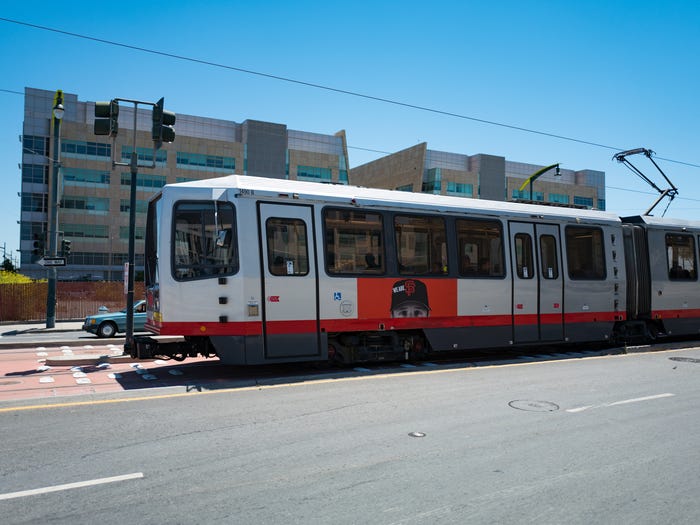 A Muni train in San Francisco. Smith Collection/Gado/Getty Images
Many longtime Boise residents, however, don't care about their city's attractiveness to millennials from California and Washington — they'd simply like people to stop moving there altogether.

While those migrating from cities like Los Angeles, San Francisco, and Seattle may find Boise to be a cheap place to live, the city's growth hasn't been as friendly to some longtime residents, who struggle not only with limited public transportation but also fast-growing living costs.

Lauren McLean, Boise's newly elected mayor, told me it's becoming more and more difficult for people to buy a home and live in Boise "because of the increased cost of living, the lack of good transportation that moves people from home to work, and lack of houses whose prices are actually in line with our wages here."

Still, Boise prices are low compared to the Western coastal cities many of its transplants are moving from. The median home price in Boise is $349,900, less than half of the median prices in Seattle and in Los Angeles and a fraction of San Francisco's astronomical $1.325 million median listing price.