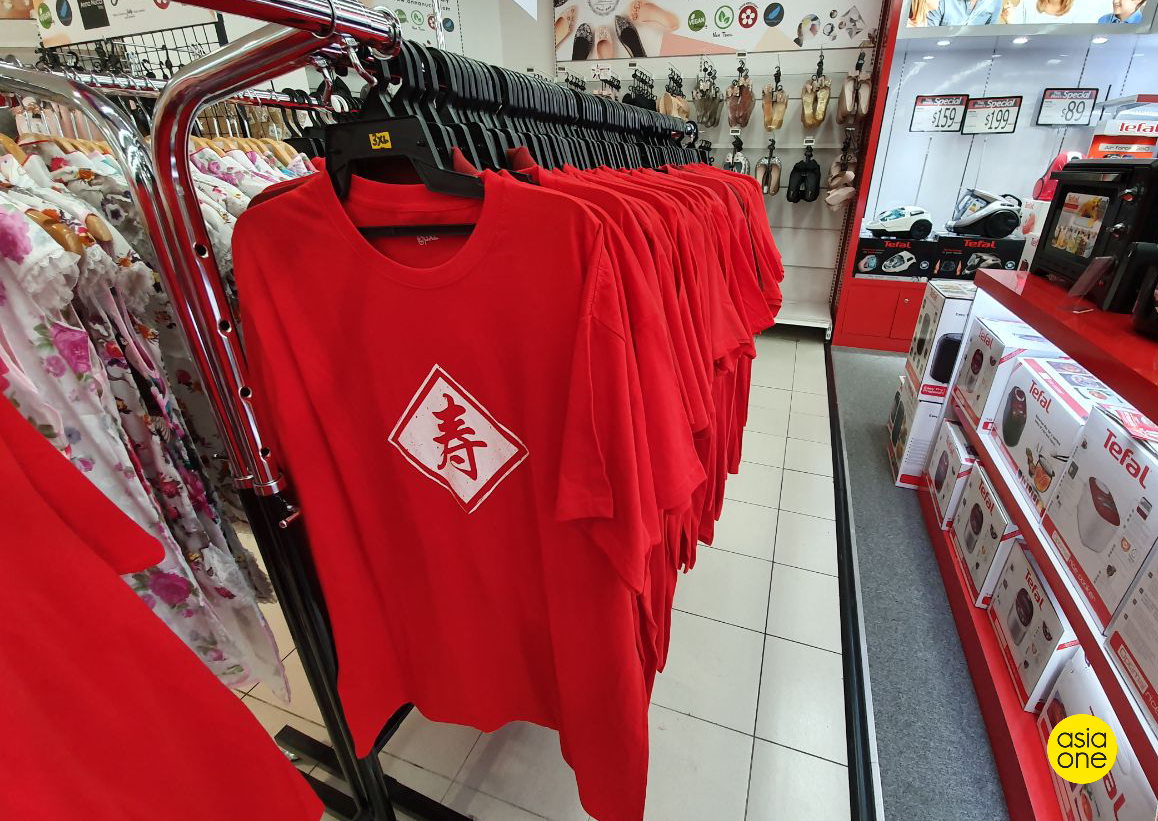 In case you couldn't tell from the ubiquitous red decor and cheery tunes on repeat — Chinese New Year is just around the corner.

But one shirt design has put a damper on the festive cheer for NTUC FairPrice and left some of its customers seeing red.

The supermarket chain said on Jan 12 that it had pulled a Chinese New Year T-shirt from stores after netizens pointed out certain connotations that were less than auspicious.

Complaints first surfaced online when Facebook page RedAnts.SG shared a picture of the shirt with the caption: "Would you dare to wear this to celebrate the new year?"

The shirt, which had been spotted at a Fairprice Xtra outlet in Ang Mo Kio, seemed just like any other red shirt.


The only problem? The 'shou' character printed on it.

While the Chinese character means longevity, the term 'shouyi', loosely translated as 'longevity clothing', refers to the clothes used to dress the deceased at funerals.

The T-shirt in question was part of a line of shirts by Sporticube and was meant to reference three deities in Chinese culture: Fu, Lu and Shou. 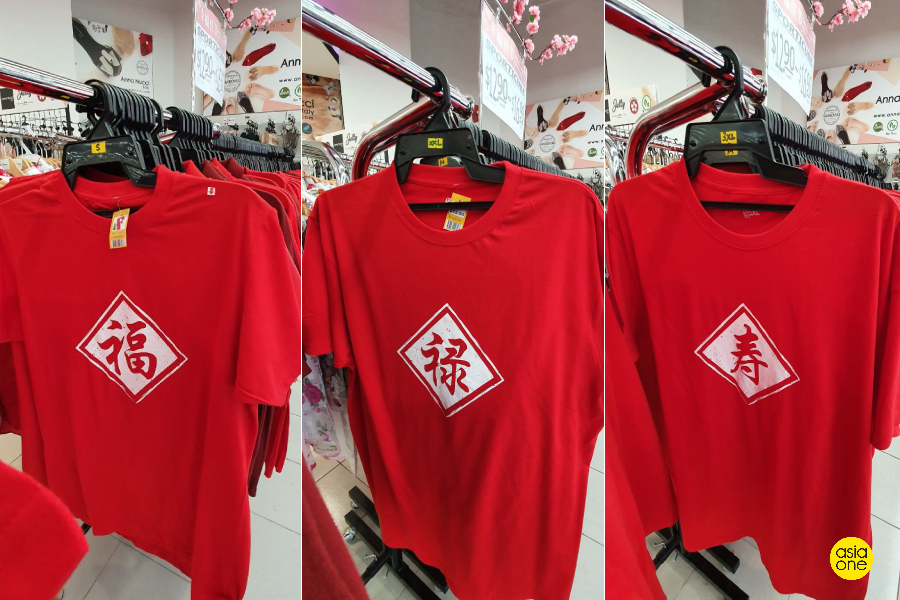 Unfortunately, printing one character on each shirt did not go over well with some of the more superstitious folks out there, who took to Facebook to lay into the design.

"Maybe the original designer's standard of Chinese wasn't good and they wrote 'shou' (longevity) instead of 'shou' (thin)."
PHOTO: Screengrab/Facebook

"The person who designed this should be beaten up. The person who approved this is even worse."
PHOTO: Screengrab/Facebook
Some also bemoaned what they felt was a lack of awareness of Chinese culture in Singapore.

"Is the Chinese culture in our country dead?"
PHOTO: Screengrab/Facebook

"Chinese education in Singapore has failed! Previously, they used Mid-Autumn Festival motifs for Chinese New Year… It was a total failure."
PHOTO: Screengrab/Facebook
In light of the criticism, a NTUC FairPrice spokesperson told Shin Min Daily News that they appreciated the feedback and understood how the design could be mistaken to be inappropriate for the occasion.

They also clarified that the product was meant to wish people longevity and apologised if it had caused any misunderstandings.

According to NTUC FairPrice, the shirt has been pulled from its stores.

But for those who aren't too fussed about the 'inauspicious' design and want to get their hands on the shirts, which cost $12.90, you may still be in luck.

The shirts were still on sale at the FairPrice Xtra outlet in Nex when an AsiaOne reporter visited on Jan 13.